Where nature and relaxation meet! 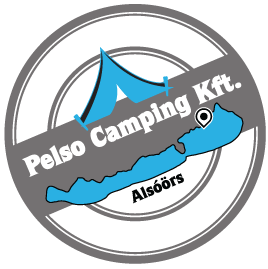 After the capital city Budapest, the region of Balaton is the second most popular tourist destination in Hungary. Balaton, the largest freshwater lake in Central Europe, is a true natural treasure, attracting visitors throughout the year. In the summer months, it is mainly visited by beach lovers, while recreational and spa hotels welcome guests all year round. For those who are fond of sports (cycling, hiking, sailing) the area offers great possibilities from early spring until late autumn.

At the southern shore of Balaton the water is shallow, warming up quickly in the summer. Thanks to its sandy beaches, this side of the lake is a popular holiday destination for families with children. The ‘capital’ of the southern side is Siófok. Due to the buzzy atmosphere and a lively night life, this area is mainly visited by young people as well as by those who enjoy the beach and the buzz of a busy holiday resort. The 70-km long southern shore extends from Balatonaliga to Balatonszentgyörgy. Attractions include the Fonyód Pier, the Siófok harbour, the Fonyód-Siposhegy look-out tower, the Narrow-Gauge Railway in Balatonfenyves, the heath of Szántódpuszta, the Chapel of Heroes in Zamárdi and the Fonyód-Valkó look-out tower.

The northern side of Balaton is much quieter than the southern side and is therefore more suitable for relaxation. This region is particularly rich in monuments, museums and natural beauty. It is also characterized by aromatic wines, dense reeds and forests. The region boasts a number of geological and historic sights: ruins of churches and monasteries sit quietly on the hills and in the fields. The most famous destinations offering a variety of activities include the vineyards of Badacsony, the historic Tihany, Szigliget, which is an artists’ paradise, and the beautiful Káli Basin.

The character of Balaton, also called the ‘Hungarian sea’, was strongly shaped by the nature of tourism in the 1960s and 1970s. For those who like sailing, the lake offers 74 harbours, 23 landing places and 17 landing stages, according to the data of the Hungarian Yachting Association.  The largest shipping company operating at the lake is Balaton Shipping Co., which has been carrying passengers on the waters of Balaton for 168 years.

Balaton is also a popular destination for bikers. A 210-km long cycle track, accessible since 2002, runs along the lake, enabling people to cycle all around the lake. The region has an extensive network of tracking routes, which contributes to the popularity of Balaton, providing an alternative to a beach holiday in spring and autumn or when the weather is not suitable for swimming.

Fishing also attracts a great number of visitors and plays a great role in the popularity of the lake.

There are several adventure parks in the region of Balaton, offering entertainment for families and kids: in Zamárdi on the southern side, and in Tihany, in Gyenesdiás and in Balatonfűzfő on the northern side.

The primary attraction and most popular feature of Balaton is by no doubt its beaches. Improvements over the past years have significantly improved the quality of the beaches as well as the services available.

Wine producing and wine consumption have long traditions in Hungary. 6 out of the 22 wine growing regions of Hungary are situated in the Balaton region: Badacsony, Balatonfüred-Csopak, Somló, South Balaton, Balatonmellék and Zala. Visitors of the area can taste the excellent wines of these regions, learn about the history of wine growing and visit festivals and other wine related events around the lake.

Lets write below your question , and the Pelso camping assistant try to answer it!

This website uses cookies to improve your experience while you navigate through the website. Out of these, the cookies that are categorized as necessary are stored on your browser as they are essential for the working of basic functionalities of the website. We also use third-party cookies that help us analyze and understand how you use this website. These cookies will be stored in your browser only with your consent. You also have the option to opt-out of these cookies. But opting out of some of these cookies may affect your browsing experience.
Necessary Always Enabled

Any cookies that may not be particularly necessary for the website to function and is used specifically to collect user personal data via analytics, ads, other embedded contents are termed as non-necessary cookies. It is mandatory to procure user consent prior to running these cookies on your website.